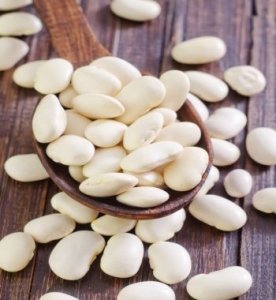 Giant beans originate from the highlands of Southern Mexico and Central America and come in many colours, like white, pink, purple and black.

In Europe, they were introduced as a crop from Spaniards, after they discovered America, and their spread is mostly due to their ability to grow in low temperatures.

In Greece, they are cultivated under protective legislation in the prefectures of Florina and Kastoria.

The giant beans from Kastoria have been cultivated in the region since the end of the 17th century. They are well-known for their tastiness, their white colour and how easily they boil up.

They are cooked in the oven—a favorite Greek food all year round.