The renowned beans from Prespes

Prespes beans have been a traditional product of the region for many years. There is no doubt that they are the most tasteful and nutritious Greek pulses due to their place of origin and method of production.

The Agricultural Cooperative of Bean Producers of the National Park of Prespes “PELICAN” was founded in 2004 with the purpose to bring out, showcase and promote Prespes beans. 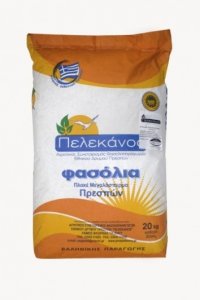 They are white, thin-skinned, easy to cook and have a special flavour. They are usually cooked as a soup (fasolada).

There isn’t any precise information on when their cultivation started in the region of Prespes.  However, there is a reference that, in the 1920s, plaké beans were systematically cultivated in plains and cooler climates and, after the installation of the irrigation network, their production was relocated to the lakeside zone. 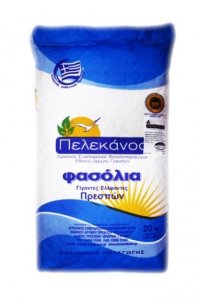 Giant Beans from Prespes are cultivated in the region of Prespes lakes in the Prefecture of Florina and they have become a local tradition for many generations.

Their excellent quality results from the combined microclimate and the soil composition of the region. 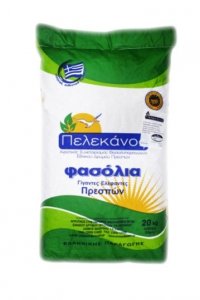 Giant-elephant beans from Prespes are a high-quality Greek variety, which are white in colour and kidney-shaped. The have special quality features (e.g. nutritional value), are thin-skinned and easy to cook. They are suitable for cooking in the oven or in the casserole with some broth.

For almost 100 years, they have been a traditionally cultivated plant species while now they are grown in the lakeside areas of Small and Great Prespa lakes, as well as the surrounding villages. From 1994 to 2009, they were registered as products of protected designation of origin (PDO) while as of May 28th, 2009, they are classified as products of protected geographical indication (PGI). 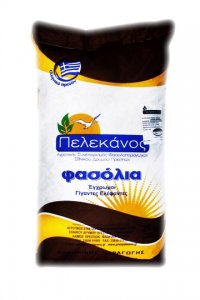 Giant coloured beans from Prespes are one of the varieties of pulses which are not particularly known in our country. However, they are a variety with many benefits for the human body.

They are sweet and taste like a chestnut, suitable for special culinary sensations. They are cooked in many ways, as a salad, a garnish or even in the oven. Although they seem hard when dried, they boil up quite fast and seem to keep their shape.

In recent years, they are cultivated in the region of Prespes, they look a lot like the variety of giants but they differ in the colour of the bean pod, as it is purple or brown with a black umbilical ring.